How to Set Up Co-Producers

Co-Producers is a great feature allowing you to assign a revenue split to producers who have collaborated on a beat with you. All the splits are calculated automatically and you can easily make payment to them all in one go with PayPal Mass Payments.

How are Co-Producers splits worked out for orders with coupons or package discounts?

If a coupon has been applied to the order and a particular beat/license then the split will be worked out on the price you were paid for the beat.

How to add a Co-Producer 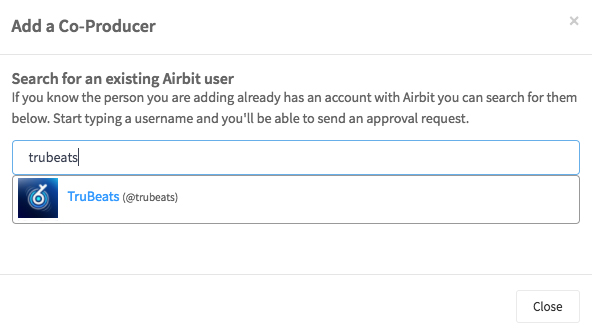 The email address is automatically checked against our database of users and if the email matches a user already on Airbit, the request will be sent for approval. If it doesn’t match then the Co-Producer is added and automatically approved. 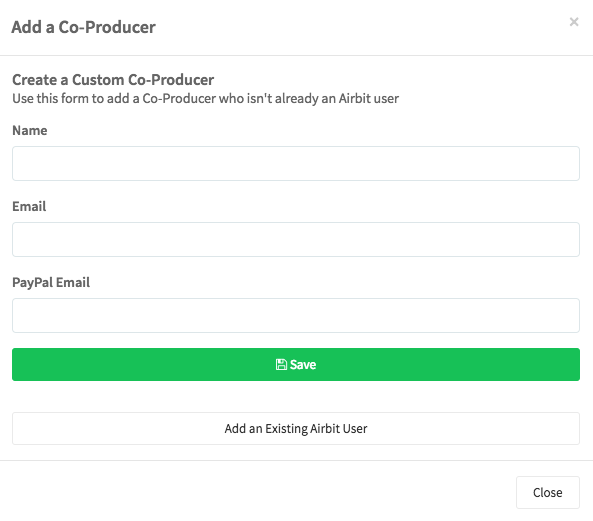 When a beat is sold

When a beat with a Co-Producer is sold, the revenue split is calculated automatically so now you have to make the payment. The Co-Producer is notified by email and if they have an Airbit account they can see their sales in the Co-Producer > Sales section. You can pay at whatever interval you agree with the Co-Producer and you can make multiple payments in one go with PayPal Mass Payments. 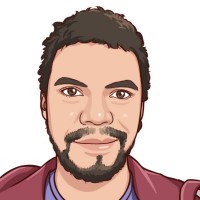